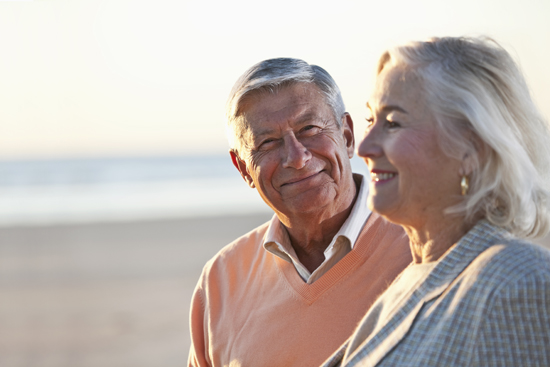 Prostate cancer is the most common cancer in American men, other than skin cancer.

With improvements in early detection and recent advances in non-surgical treatment, fortunately, men can be cured of this disease and still maintain an excellent quality of life.

What are the causes?

Researchers do not know exactly what causes prostate cancer. However, researchers have found some risk factors and consequently, are trying to learn just how these factors cause prostate cells to become cancer.

As men age the risk of developing the cancer increases. Especially relevant is that approximately 1 in 9 men will develop the cancer during their lifetime. Men with a family history of the cancer and African-American men are likely to be an increased risk. Most noteworthy is that as men continue to live longer and healthier lives, prostate cancer will likely become a more common problem in the 21st century.

Early detection is the key to the successful treatment of prostate cancer. Usually, men experience NO warning signs of prostate cancer. The progression of the cancer may result in symptoms that can be very non-specific and might include a change in your urinary or bowel habits or a new onset of bone pain.

Regular physical exams and PSA tests will aid in the earlier diagnosis of prostate cancer. PSA is a simple blood test that can be done in most doctors’ offices or laboratories. The American Cancer Society recommends that beginning at age 50, all men should have yearly physical exams and PSA blood tests. All men with a close relative who has had prostate cancer and African-American men should have yearly exams starting at age 40.

Because of regular screening, the majority of men are now diagnosed with prostate cancer at an early, curable stage. Especially relevant is that, 20 years ago, most men were not diagnosed until the cancer had already grown and spread to other parts of the body, therefore, death rates were much higher.

What to do if your PSA blood test or physical exam is abnormal?

If your primary care physician detects an abnormal PSA or a lump in your prostate during a physical exam he will refer you to a Urologist for a follow-up evaluation and consideration for a biopsy. The procedure is very simple and can be done in a few minutes in the Urologist’s office. Using an ultrasound in the rectum, thin needles inserted into the prostate can remove tiny fragments for evaluation. Typically at least eight biopsies are performed, four from each side of the prostate.

What is early-stage or low-risk prostate cancer?

For truly early-stage disease, you must have a very low risk of cancer being outside of your prostate. Risks can be determined following a review of your records. Generally speaking, several important criteria must all be met. These include:

At most, a small nodule felt in the prostate (stage T1-T2A)

The Journal of the American Medical Association (JAMA) recently published research looking at close to 2,000 men. It showed that for men with low-risk cancer, a prostate seed implant, external radiation, and surgery offered equivalent cure rates. In conclusion, these results typically exceed those found with older technologies such as proton beam radiation.