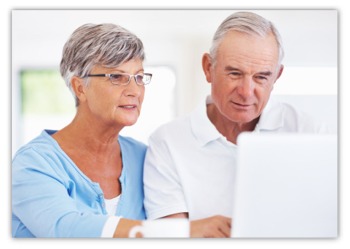 Our physicians here at Staten Island Radiation Oncology have spent over 50 years in the field of cancer treatment. We are on the cutting edge with our technology and our staff is second to none. Our physicians have extensive experience not only treating a vast list of cancers including prostate, breast, lung, GI and GYN malignancies but our physicians spend a considerable amount of time performing research in the areas of prostate, lung and head and neck cancers.

Staten Island Radiation Oncology manages brain tumors with state of the art radiation therapy techniques. Brain tumors can be classified into primary – arising from the brain, and metastatic – originating from cancer elsewhere in the body.

The three major treatment modalities for brain tumors are surgery, radiation, and chemotherapy. For primary brain tumors, surgery is often performed first, followed by radiation therapy. For metastatic disease in the brain, surgery is considered if the disease is limited. The treatment regimen offered depends on age, general health of the patient, type/grade of tumor, and size/location of the tumor.

In primary brain tumors, radiation therapy is utilized to control disease left over after surgery, or to treat definitively in patients who cannot have an operation. In metastatic disease, radiation therapy may be used to treat the whole brain. If metastatic disease is limited and the patient is not operable, IMRT techniques may be utilized to treat a local region, or our physicians may refer the patient for stereotactic radiosurgery.

Chemotherapy is often administered with the radiation therapy for primary brain tumors. It is usually given orally, and may be delivered intravenously. Rarely, chemotherapy may be delivered by neurosurgery in wafer form, directly into the tumor bed.

For most primary brain tumors, there is no known risk factor. Risk factors can include ionizing radiation and family history.

Symptoms caused by brain tumors depend upon the size and location of the tumor. Tumors can put pressure on other parts of the brain causing malfunction. Tumors can also block fluid from moving through the brain causing cerebral edema, (brain swelling). The most common symptoms of brain tumors are headaches, blurred vision, slurred speech, balance difficulty, nausea, personality changes, seizures, memory problems and numbness in extremities.

Important diagnostic tests for brain tumors are MRI and CT scans of the brain. Other tests performed may include an angiogram or spinal tap. Biopsies are performed by neurosurgeons.

Breast carcinoma is a common malignancy in females. Thankfully, with current treatment regimens, cure and control of disease are often achievable.

In early stage breast cancer, patients are given the choice of having breast conserving therapy or mastectomy.

With breast conserving therapy, the breast tumor is excised and sentinel lymph / axillary nodes are sampled (patients with non-invasive breast cancer do not usually have nodes sampled). Chemotherapy is delivered if needed, based on the pathology from this surgery. After chemotherapy, radiation therapy is delivered to the breast (and sometimes to draining lymphatics). Hormonal therapy or biological therapy may be offered after chemotherapy or after radiation therapy.

During a mastectomy, the entire breast is removed and the nodes biopsied. Chemotherapy is delivered, if needed, after the mastectomy for invasive disease. Radiation therapy to the chest wall may be offered, depending on the pathology of the breast tissue and the lymph nodes.

Early breast cancer is usually asymptomatic and but may be present on mammograms. Patients may find a lump or experience a change in how their breast feels. A nipple discharge may be noticed as well. Advanced breast cancers are often apparent to the patient usually with the discovery of a mass involving the breast or axilla, (lymph nodes under the arm).

Mammogram, ultrasound and MRI are common tests utilized in the initial diagnosis of breast cancer. An ultrasound guided needle biopsy is often performed to make the diagnosis. After the diagnosis is made, the metastatic work up performed may include CT scans of the chest/abdomen and pelvis, PET/CT scan, and bone scan.

The size of the tumor, lymph node status, and the outcome of metastatic work up determines the stage of disease.

Head and Neck carcinomas are a varied group of malignancies of the upper airway and neck. With modern treatments, disease control is often obtainable, with fewer side effects then in previous years. With the advent of Intensity Modulated Radiation Therapy (IMRT), we can often decrease side effects, such as permanent dry mouth. Furthermore, with IMRT we can deliver exquisitely accurate doses to difficult regions, while avoiding excessive dosage to critical nearby organs.

Head and neck cancer usually begins in the mouth, nose or throat. These areas are moist, hollow and may be directly exposed to cancer causing agents. Cancers of this region are defined by where they begin. Cancers often can spread to lymph nodes. The location of the cancer determines which lymph nodes would likely be involved and which lymph nodes need to be treated.

Oral cavity — includes the lips, most of the front of the tongue, the gums, cheek lining, under the tongue, the roof of the mouth and the space behind the back teeth.
Salivary glands — The glands that make saliva. These include the parotid glands in front of the ears, submandibular glands under the lower jaw, and sublingual glands under the tongue. The lining of the mouth also contains minor salivary glands.
Paranasal sinuses and nasal cavity — the hollow spaces around the nose in the skull and the nose.

Pharynx — a tube that starts behind the nose and is attached to the esophagus and the trachea. The pharynx has three parts: the nasopharynx, the oropharynx, and hypopharynx.
Larynx — The larynx is the voice box. It’s made of cartilage and contains the vocal cords and the epiglottis.

Use of Tobacco — (cigarette smoking, cigar smoking, and chewing tobacco) increases the chances of developing head and neck cancer.

Use of Alcohol — Excessive alcohol consumption can increase the risk of Head and Neck carcinoma. People who drink and smoke have a marked increased chance of developing a head and neck malignancy.

Symptoms of head and neck carcinoma can include lumps in the oral cavity or pharynx, neck lumps, bleeding, constant sore throat, hoarse voice, difficulty swallowing, sores that won’t heal, and neck pain. Other symptoms may include the following:

To diagnose head and neck cancer the doctor thoroughly examines the oral cavity, pharynx and larynx. A direct laryngoscopy is performed. In this procedure, a tube is placed through the nose and the pharynx and larynx are examined via a magnified light source. Biopsies are taken of suspicious regions.

Work up for staging usually includes a CT of the Head/ Neck and PET/CT. For certain malignancies, an MRI is ordered as well.

Lung cancer is a common malignancy most often seen in people who smoke or who smoked in the past. Cure and control are possible depending on how advanced the disease is when it is diagnosed.

The majority of patients with lung carcinoma have exposure to chemicals that are cancer causing agents. Some patient’s with lung cancer have no obvious risk factor.

Chest x-rays usually show an abnormality in patients presenting with lung cancer. Follow up chest CT tests further reveal the extent of disease in the lung and chest cavity. A biopsy is performed either via CT guidance (with a needle through the chest), or via bronchoscopy. In bronchoscopy, a tube is placed down the trachea. The tumor is found and a biopsy is taken.

Staging work up for lung carcinoma includes CT of the Chest/Abdomen/Pelvis, PET/CT and MRI of the brain. The extent of disease will determine the stage.

Lymphomas are an uncommon group of malignancies that are often quite sensitive to treatment. Depending on the extent of the disease and the type of lymphoma, a hopeful outcome is often expected.

Lymphomas are malignancies of the lymphatic system; they are categorized as being Hodgkin or Non-Hodgkin in variety. There are many Non- Hodgkin lymphoma types and these are categorized as either being low, intermediate or high grade. Lymphomas of higher grade act more aggressively. Treatment depends on the type and stage of the disease.

Most lymphomas are treated with intravenous chemotherapy. Radiation therapy may be added after chemotherapy to “consolidate” the treatment – to help maximize local control. For early disease, radiation can be used definitively, without chemotherapy.

High fevers, weight loss, and night sweats are classic symptoms of lymphoma. Lymphoma may be diagnosed after testing has been completed on swollen lymph nodes or abnormal growths. Lymph node swelling can cause local symptoms including pressure on adjacent tissues and organs.

Biopsy is necessary to prove the diagnosis of lymphoma. Often an enlarged lymph node is biopsied.

Tests are performed to evaluate the extent of the disease, meaning how far it has spread. Staging exams utilized in the management of lymphoma include bone marrow biopsy, a CT scan of chest/Abdomen/Pelvis, and PET/CT scan.

Prostate cancer is the most common malignancy in males. Asymptomatic men who have nothing abnormal on physical examination may test positive for prostate cancer with an elevated PSA blood test. Thankfully, we have a full array of treatment choices to control and cure this disease.

Patients with prostate cancer are generally grouped into low, intermediate and high risk depending on the level of PSA, the clinical stage, and Gleason score (pathology). Low risk patients have a higher chance of achieving long term disease control compared to higher risk patients.

The referring urologist along with the radiation oncologist will help guide patients in their choice of treatments.

Rapid Arc IMRT/IGRT is an advanced technique utilized at Staten Island Radiation Oncology. This technique allows for maximal sparing of normal tissues while achieving excellent coverage of the prostate. With Rapid Arc, the treatment is delivered in less than 2 minutes which allows for less organ motion. Additionally, there is less total body radiation dose delivered. With this technique, the prostate is visualized prior to therapy to make sure the set up is perfect before to each treatment.

Brachytherapy is a minimally invasive treatment whereby radioactive seeds are placed into the prostate. This is an outpatient procedure performed in our office under general anesthesia.

The risk factors for prostate cancer include:

Prostate cancer is usually asymptomatic and is often found either because of an elevated PSA or because of a finding during a rectal examination. Patients with prostate cancer often have BPH (benign prostatic hypertrophy) and associated urinary symptoms which can include weak stream, difficulty urinating, and pain or burning during urination.

In patients with intermediate or high risk prostate cancer, testing includes CT of the Abdomen/Pelvis and bone scan.

Uterine carcinoma is a fairly common malignancy seen in post-menopausal women. It is often curative with surgery; many patients are diagnosed early and have excellent outcomes.

Hysterectomy is the treatment of choice for uterine cancer. Radiation therapy to the pelvis and/or vagina may be offered after a hysterectomy has been performed if poor prognostic factors are present in the hysterectomy specimen (i.e. deep invasion, high grade tumor, cervical involvement).

Transvaginal brachytherapy may be offered after surgery or after external beam therapy, depending on the pathology of the cancer. In this procedure, a thin, hollow tube is placed in the vagina and radiation sources are placed through the tube for a short period of time

The risk factors for uterine cancer are:

The most common symptom for uterine cancer is post-menopausal bleeding. Other symptoms can include discomfort in the pelvic region, painful intercourse, and experiencing pain when urinating. It is important to note that these are fairly common symptoms for many different and less serious illnesses than uterine cancer.

A biopsy of the uterine surface is necessary to diagnose endometrial carcinoma.

The extent of local disease determines the stage of uterine cancer. The testing for distant disease includes CT of the abdomen and pelvis.

GET A SECOND OPINION
Translate »